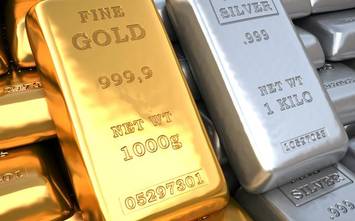 Diamonds and precious metals sector have sought relief from Finance Minister Nirmala Sitharaman in terms of reduction in import duties as well as clearance of the pending GST settlements as she prepares to present the Budget on February 1.

Trade sources in Surat said that a mammoth ₹15,000 crore worth of GST settlements are pending with the government. “The government isn’t making refunds, nor they are giving GST credits. The Finance Minister should take a decision on this GST settlements and make an appropriate announcement so that the funds can be utilised,” Dinesh Navadia, Regional Chairman, Gems and Jewellery Export Promotion Council (GJEPC), told BusinessLine.

Navadia also stated that this fund can be used to provide a TUFs-like scheme for the diamond sector to enhance skills and improve use of technology. “Also, there is a 7.5 per cent import duty on polished stones, which needs a reconsideration. This will eventually benefit the Indian diamond polishers, who can work on the damaged solitaires to upgrade their quality. The current duty structure makes it unviable for them,” he said adding that the government should allow international miners to sell the sample stones that they bring in India.

For the precious metals, GJEPC has already urged the government to reduce import duty from 12.5 per cent to 4 per cent in the upcoming Budget.

Due to trade tensions and disruptions between the US, China and Hong Kong, the international jewellery demand is turning to India but higher import duty on the bars makes it difficult to compete in the global market, Navadia said.

Also, higher duty is seen as an incentive to smuggle gold into India.

In the latest Smuggling in India Report 2019-20, released in November, the Directorate of Revenue Intelligence (DRI) has noted that as against the annual domestic gold consumption of about 1,000 tonnes, average gold imports is recorded at around 800 tonnes, which points at smuggling of about 150-200 tonnes each year.

A World Gold Council data shows about 120 tonnes of gold being smuggled into India during fiscal 2019-20.

“With the price of gold going past the ₹50,000 mark, the illicit trade has become all the more profitable,” the report added.

Natural-Diamond Trade Hits Back at Pandora