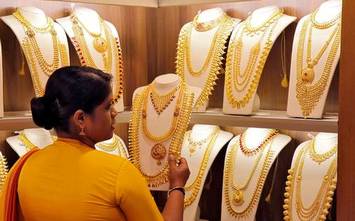 The overall gross export of gems and jewellery remains strong and registered a growth of 6.33 per cent to $2.49 billion during December 2020 as compared to $2.35 billion in the corresponding month of 2019, a senior GJEPC official said.

However, the overall gross exports of the sector remained down by 39.98 per cent to $16.53 billion during April-December 2020 period as compared to $27.54 billion during the same period last year, the official said.

“Exports have recovered sharply in the last two months and if the trend continues the decline in this fiscal year may narrow down to 20-25 per cent. In the early months of the fiscal, the sector was down by over 80 per cent,” Gem Jewellery Export Promotion Council (GJEPC) chairman Colin Shah told PTI.

Cut and Polished diamond (CPD) exports in December 2020 posted a sharp jump by 38.47 per cent to $1.74 billion as compared to $1.25 billion in the previous years corresponding month. While, for the nine months period CPD exports stayed negative by 27.13 per cent to $10.69 billion.

However, silver jewellery exports from April 2020 to December 2020 stayed robust and grew 50.66 per cent to $ 1.5 billion over the previous fiscal, he said.

Meanwhile, overall gross import of Gems and Jewellery between April and December 2020 dropped by 46.14 per cent to $9.94 billion from $18.47 billion registered April-December 2019.